Skip to content
Fortune Credit Pte Ltd is a licensed moneylender (License No. 31/2021) listed in the Registry of Moneylenders, under the Ministry of Law in Singapore.

Everything You Need To Know About Singapore’s Moneylenders Act How Updating The Moneylender Act Increases Protection for SG Borrowers

Since its enactment, the government has made numerous amendments in order to provide borrowers additional protection. On May 29, 2015 the final recommendations were released.

But exactly what are these changes that have been made and how will this affect the relationship between the moneylender and borrower? Read on to find out. Simply put, permanent residents and Singapore citizens who have an annual income less than S$20,000 can only borrow an amount of up to S$3,000 from all the lenders combined.

For those who earn over S$20,000 annually, they can borrow up to six times equivalent of their monthly income from all moneylenders combined.

For those earning a minimum of S$20,000 can borrow six times equivalent of their monthly income. But first, make sure you are aware of the different types of loans and which one you intend to make.

So How Exactly Does This Affect Moneylender Loans?

Let’s have a concrete example- the personal loan for Foreigners, for instance. In the first half of 2016, 53,000 foreigners, most of them domestic helpers, borrowed from these licensed lenders.

The Ministry of Law released these startling figures that highlighted the alarming situation, which has caused huge problems for employers, employment agencies, and foreign domestic workers (FDWs)

The Ministry of Law in SG used these new measures to cap the possible abuse of low-income foreigners through moneylending. The measures introduced a cap on both the lending amounts and advertisements to vulnerable groups such as FDWs.

The self-exclusion framework give foreign workers an option to bar themselves from taking up loans from all licensed financiers. This is done by applying at the Moneylenders Credit Bureau using their SingPass account.

They could also use a third party like their own employer or employment agency if they don’t have any SingPass account. Bear in mind that small financial institutions cannot issue loans to those who have already opted for self-exclusion.

How Did The New Moneylending Law Updates Help Legalise Moneylenders? What This Means for YOU and ME

So why should anyone care about such changes? These changes are crucial because this will guarantee that borrowers will always have safe access to personal credit.

If you are reading this because you are planning to make a loan, you definitely have to know about the changes in money lending law and its effects.

Next, be aware of any red flags signifying your lender is possibly illicit. Some of these clues are listed below: It is common for a loan shark in Singapore to lend money alongside another business. The methods used may vary greatly. Watch out for the following warning signs:

Take note however that not all loan sharks act like this. There are times when loan shark try to imitate legitimate lenders to gain trust. They may even provide you with a payment book or  agreement for you to sign.

At this point, how does one guarantee that they are borrowing from licensed financiers?

Licensed money lenders (LML) need to be registered with the Ministry of Law in Singapore.

Their names have to appear on the list maintained by MinLaw together with their license number as well as their business address.

Confirm this in three easy ways:

2. Download the PDF file and scroll through the list to find your prospective finance company’s name to confirm their authenticity.

3. The PDF file also includes a list of companies whose licenses are currently suspended. Inspect the list to ensure you’re not dealing with an LML that doesn’t have any license to offer unsecured cash loans.

Moneylending is a relatively small part of Singapore’s consumer credit market, less than 1% of overall consumer lending in Singapore.

Nevertheless, it is a vital part of the economic structure and all its citizens have the right to access correct and timely information on how to go about lending on legal terms. Thus, it is extremely important to learn about the legal changes in order to protect oneself at all times. Guide to Getting the Best Urgent Loan in Singapore 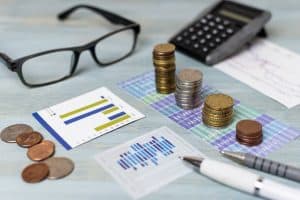 How to Calculate Interest on a Loan in Singapore: Banks & Moneylenders 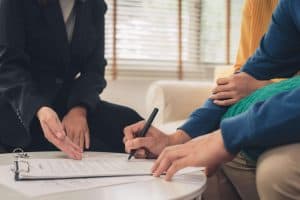 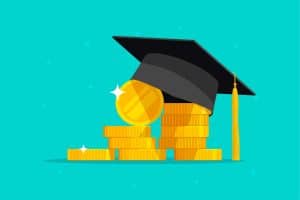 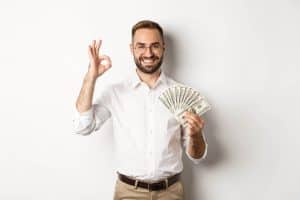 Can Foreigners Apply for Loans in Singapore?

It just takes 5 minutes
to complete your
loan application!

It just takes 5 minutes to
complete the form to
get FREE loan quote!